Celebrate your Freedom to Read 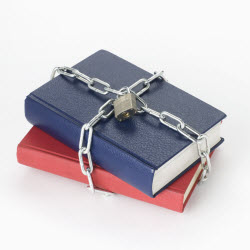 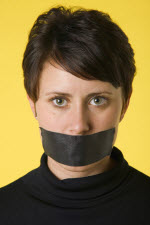 Here are a few of the most commonly cited reasons to ban books. They can be (and usually are) conformed to fit a specific case, such as with the Harry Potter series—Intolerance for religious difference was molded to fit the case by changing into intolerance for anything occult-oriented, despite the validity of occult and Wicca-based religions.

Racial Issues are commonly cited as reasons to ban books. In a work like To Kill A Mockingbird, the discussion of racism is confused by some as an encouragement towards it. Though Caucasians have rarely been subject to racism, they are the group who most often accuse others of it. Example: was banned in a New York private school for being ‘racist towards Whites’, despite the fact that the book was written for white children, so that they could better understand a different culture.

Encouragement of ‘Damaging’ Lifestyles such as homosexuality or co-habitation without marriage makes a lot of people very nervous! Books like Daddy’s Roomate, which encourage children to understand homosexual relationships and accept them, have been long under fire for ‘putting damaging ideas’ into children’s minds. (USABB feels that people who think that homosexuality is something unnatural or inappropriate, or think that their children’s sexuality can be changed by a 15 page book should, as the Beastie Boys say, check their heads.) Oliver Twist alludes to a woman being a prostitute and it shows her in an, ultimately, kind light. Because of this, Dickens’ masterpiece has long been attacked by religious fundamentalists.

Blasphemous Dialog such as the use of the words ‘God’ or ‘Jesus’ as swearing terms is the main cause for much literary censorship. This includes all words deemed by anyone to be offensive. It does not matter if the character appears sorry for saying such things, or if only a villain uses these words: their being in the novel is enough for many.

Sexual Situations or Dialog are almost always censored. Though sexuality is a normal part of human life, many feel that it has no place in literature. Whether the intercourse is within marriage does not seem to matter to those who wish to ban sexual situations in novels.

There are many other reasons for banning books: they can include Degrading Comments, Excessive Violence, Coverage of Upsetting Events and even, we kid you not, Violence towards Plant life. All of these have been used as reasons to ban books. Very few of them have had any grounding at all, other than perhaps paranoia and a desire to control other minds.